The groups of the Department of Genome Dynamics address several fundamental questions in chromosome biology. Several groups aim directly to decipher components involved in the stability of the genome through cell division and generations. This implies research on DNA replication origins, how they are specified and regulated during the cell cycle (Méchali), on homologous recombination during meiosis (de Massy), on heterochromatin including telomere and centromere structure and function (Déjardin) and on the regulation of the activities of transposable elements by non-coding RNAs (Chambeyron). How the genetic information is read is also a major challenge for the groups involved in exploring epigenetic regulation and its transmission (Cavalli) and in the regulation of gene expression (Kiernan) and RNA splicing (De Luco and Ritchie). The different levels of organization of the genome in the nucleus from the nucleosome to the 3D are known to play important roles for these processes and are explored in details by the Cavalli team and also analyzed within the projects of several other teams. The multiple approaches to tackle the various pathways at various scales result into strong expertise in microscopy, genomic and bioinformatics within the department. Specific and novel bioinformatic approaches are developed for several project (Ritchie).
All the groups are strongly investing in supervising and mentoring students and postdocs and in promoting scientific creativity with the organization of a seminar series, of a department retreat and of specific international meetings. In addition to the interactions within the department, several of our teams collaborate with groups in the two other departments of the Institute to understand how genome regulation drives development and its relationship with human pathologies.

Research on DNA replication aims at identifying origins of replication, understanding the molecular mechanisms of origin firing and how these events are regulated in order to take place at the right time and only once per cell cycle. A special form of the cell cycle is the meiotic division that generates gametes, and our department is exploring the processes that ensure the proper hereditary transmission of the genome by studying the mechanisms of recombination and chromosome segregation during meiosis. Specific projects are focused on understanding the mechanism of the programmed induction of DNA double strand breaks during meiosis and their impact on genome stability and evolution. How genome integrity is maintained in the germline, particularly via the control of the activity of mobile elements, is also addressed through the analysis of the regulation of a small RNA family called piRNAs.

Several projects also aim to determine how the organization of the genome, at the level of chromosomes and chromatin, impacts on its activities including the ones mentioned above. Pioneering approaches are developed to analyze regulations taking place at different levels within the nuclear space, from the recently identified topological domain organization of chromosomes to chromatin and histones. Specifically, we aim at understanding how the closed, compact chromatin structure called heterochromatin is regulated and its biological relevance for development and genome stability in regions of the genome, such as telomeres, peri-centromeres and ribosomal DNA. How local chromatin modifications and the three-dimensional organization of chromosomes in the nucleus are integrated and how they impact on gene expression is also addressed through the study of the Polycomb and Trithorax protein families. At the gene level, factors that are involved in gene expression, and thus controlling cell identity and differentiation are investigated. In particular the important regulations mediated by RNA polymerase pausing, by alternative splicing and by non coding RNAs are explored through search of new components and coordination between these processes and the structure and organization of the chromatin.

Our department has a strong expertise in a variety of approaches, particularly in biochemistry, genetics and molecular and cellular biology. State-of-the-art microscopy, imaging, chromatin and chromosome organization with bio-informatic analyses of next-generation sequencing data have also been recently developed by several groups. The department research groups are engaged in several collaborations that are fueled by common interests, by sharing and developing novel technologies, within an excellent scientific atmosphere and by formal laboratory interactions, such as the department retreats. In addition to the interactions within the department, several of our teams collaborate with laboratories in the two other departments of the Institute to understand how genome regulation drives development and its relationship with human pathologies.

The teams of the department of Genome Dynamics focus their research on the understanding of genome function by analyzing different aspects of its biology. The work on DNA replication is aimed at finding the origins of replication, how they are triggered to start the replication process and they are controlled in order to avoid extra rounds of DNA replication. A related focus is the analysis of genome surveillance: how are errors in DNA replication or other genotoxic insults detected and resolved to maintain genome stability, and how are these events coordinated with the progression of the cell cycle. A special form of cell cycle is the meiotic division that generates gametes, and another goal in our department is to understand meiosis and the mechanisms that regulate DNA recombination. We also try to understand how the packaging of the genome into chromatin and the three-dimensional structure of chromosomes in the cell nucleus regulate gene expression, with particular emphasis on histone modification proteins, Polycomb and trithorax group proteins and heterochromatin components. Finally, we wish to understand the role of noncoding RNAs in regulating genome function as well as retrotransposition and viral infection.

Our laboratories have a complementary expertise on a variety of approaches and are engaged in several collaborations. These collaborations are fueled by common interests, an excellent scientific atmosphere, and by formal interactions between labs such as department retreats. These are two-day meetings held on a regular basis, where all members share and discuss their results in an environment and a meeting format made to combine a friendly spirit with cutting-edge science. In addition to the interactions within the department, several of our teams collaborate with labs in the two other departments of the Institute, looking out to understand how genome regulation drives development or, when it goes wrong or is impaired by genotoxic stress or viral infection, induces disease 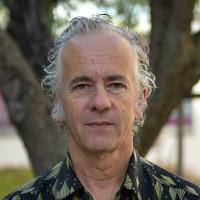 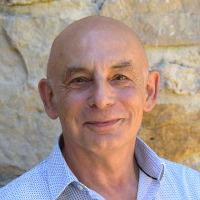