Development and Pathology of the gonad

Reproductive development requires the highly coordinated and regulated determination/differentiation of embryonic gonads, and maturation of the reproductive organs. Abnormalities in these processes during early embryo development, due to genetic or environmental factors, will induce a wide spectrum of syndromes named “disorders of sexual development” (DSD), going from complete gonadal dysgenesis (sex reversal), gonadoblastoma to mild phenotypes as cryptorchidy (undescended testis).
Embryonic gonads originate from a bipotential primordium (the genital ridge) that can differentiate into a testis or an ovary via the action of distinct transcription factors. In the mouse embryo, sex determination occurs between embryonic day (E) 10.5 and E12.5 within the genital ridge by differentiation of progenitors into a specific cell population, the supporting cells. These cells will then organize the embryonic gonads morphologically and induce sex determination in the germinal lineage.
In males, differentiation of supporting cells, also known as Sertoli cells, is driven by the expression of the Y chromosome-encoded gene Sry, that activates the autosomal gene Sox9, a SOX E group family member. In the absence of Sry in females, progenitors differentiate into granulosa cells, the female supporting cell lineage. While Sry is the upper switch of the male cascade, Sox9 is considered as the major effector downstream of Sry in the Sertoli cell differentiation process. After its activation by Sry, maintenance of expression of the Sox9 gene is a key event in the mammalian sexual differentiation program. In the mouse XY gonad, Sox9 upregulates Fgf9, which initiates a Sox9/Fgf9 feedforward loop (for review (1)).
Our team identified the prostaglandin D2 (PGD2) (Figure 1) which is produced through both L- and H- prostaglandin D synthases (Ptgds1 and 2 respectively) and that stimulates Sox9 nuclear translocation (2) and Sox9mRNA expression, acting as a second amplification loop to accelerate and maintain the male pathway (3,4). The PGD2 signalling pathway will also contribute to the differentiation of the primordial male germ cells (5) and then to the regulation of the spermatogonial stem cell pool in the postnatal testis. 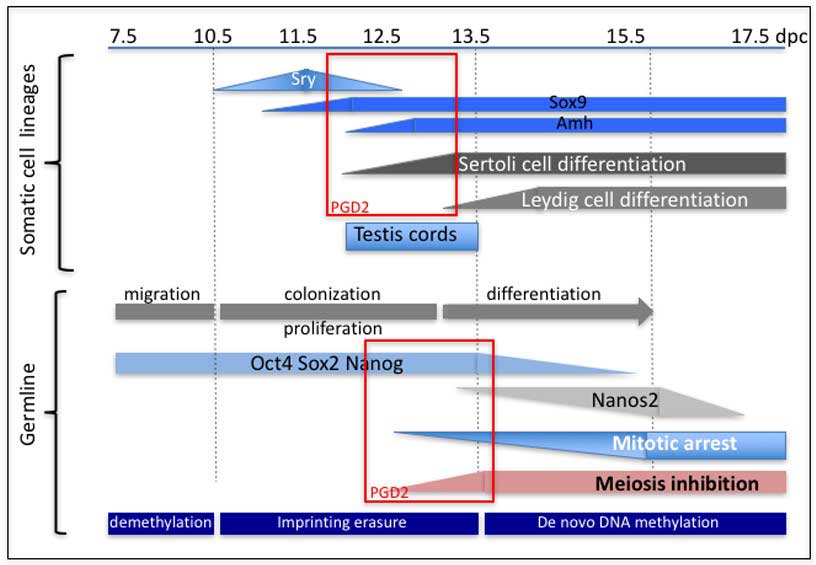 Figure 1: PGD2 signalling is involved in the somatic and germ cell differentiation in the embryonic testis

Prostaglandins synthesis is inhibited by Nonsteroidal anti-inflammatory drugs (NSAIDs) and analgesic drugs, such as paracetamol (acetaminophen: ACE), that are widely used by pregnant women. On the basis of the results of epidemiological studies, a potential link between DSD and exposure to such molecules during the first and second trimesters of gestation has been hypothesized. We found that embryonic gonads are targeted after in utero exposure at the time of the sex determining period to ACE, aspirin and/or ibuprofen therapeutic doses similar to those administered to humans. The anticipated differentiation of the male germline is induced, affecting the spermatogonial stem cell pool in the postnatal testis and the sperm count of the adult testis of the F1 and F2 generations and suggesting a transgenerational impact of these drugs.

As Sox9 is the major autosomal sex-determining gene in mammals and in the goal of identifying the genetic networks directly regulated by Sox9, we combined analysis of Sox9-bound chromatin regions from murine and bovine foetal testes with sequencing of RNA samples from mouse testes lacking Sox9. We found that Sox9 controls a conserved genetic programme that involves most of the sex-determining genes. In foetal testes, Sox9 modulates both transcription and directly or indirectly sex-specific differential splicing of its target genes through binding to genomic regions with sequence motifs that are conserved among mammals and that we called ‘Sertoli Cell Signature’ (SCS). The SCS is characterized by a precise organization of binding motifs for the Sertoli cell reprogramming factors Sox9, Gata4 and Dmrt1. Starting from the hypothesis that nuclear factors that bind to genomic regions with SCS could functionally interact with SOX9, we identified Trim28 (Figure 2) as a new Sox9 partner in foetal testes (6). 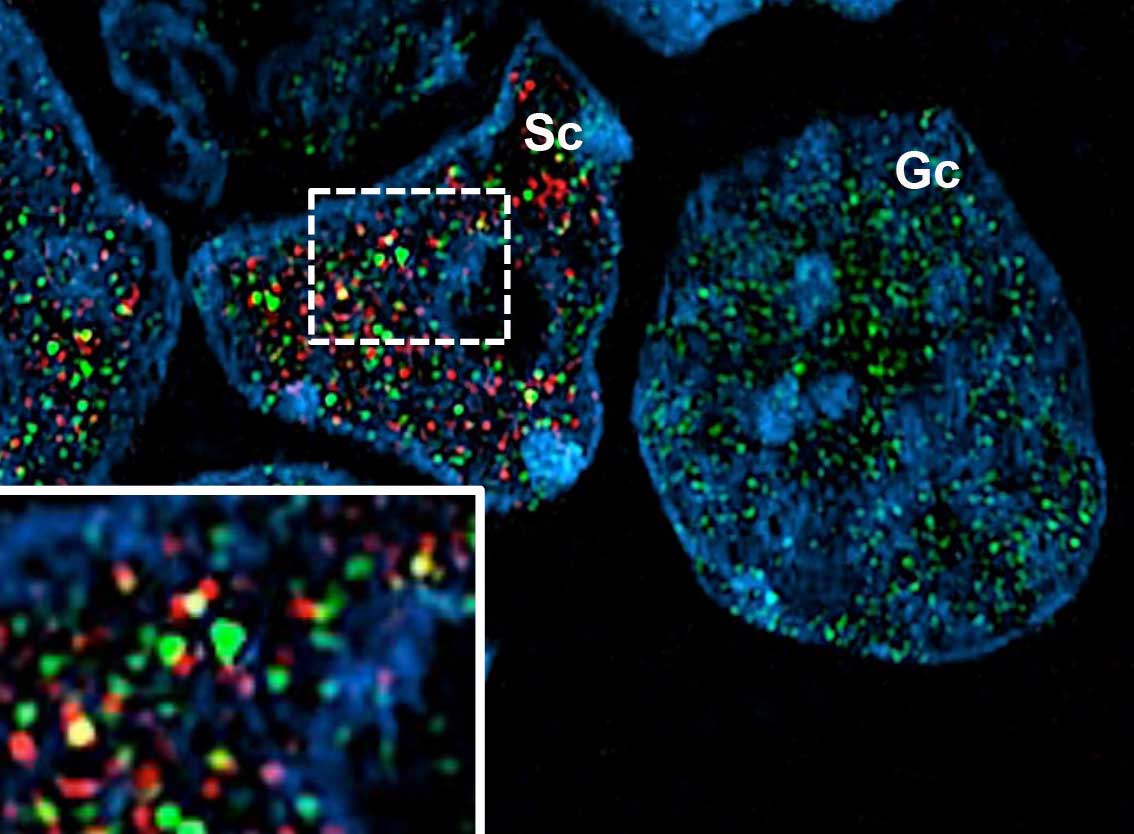 PUBLICATIONS OF THE TEAM

The Impressionistic Landscape of Meiotic Recombination