In tribute to Axel Kahn who passed away on 6 July 2021, the IGH looks back on a rich day during which Axel Kahn honoured us with his presence.

On April 15, 2016 Axel Kahn spoke at the Genopolys amphitheatre as part of the Citizens' Days. The conference inaugurated the EUREKA cycle, with a reflection on the human being, this animal endowed with reason.

Axel Kahn, a famous scientist and geneticist, has frequently spoken on subjects relating to the moral and social aspects of medicine, genetics and biotechnology.

A keen hiker, a true thinker-walker, he travelled across France on foot in 2013 and again in 2014, sharing his thoughts along the way.

To prolong the exchange, the Sauramps bookshop organised a book signing at the Gazette Café, 6 rue Levat, Montpellier. 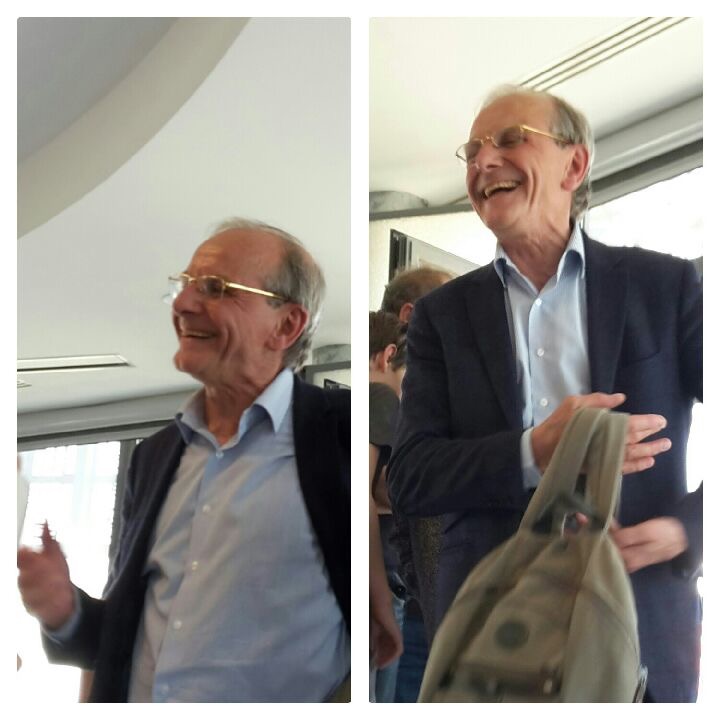 Mini-Symposium on Small regulatory RNAs: from biogenesis to function